Letters of Note: Correspondence Deserving of a Wider Audience 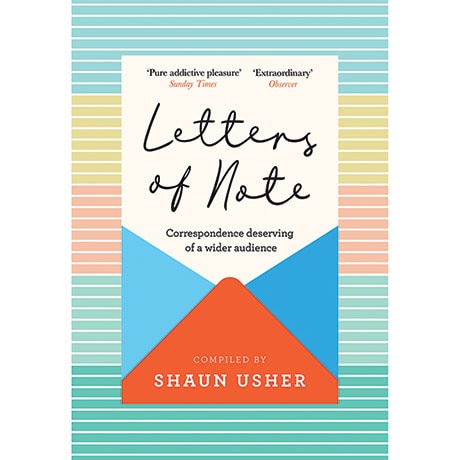 Letters of Note: Correspondence Deserving of a Wider Audience

Spectacularly fascinating and grandly illustrated, Letters of Note (a lovingly updated version of the original published in 2013) collects some of history's most inspiring, entertaining, and unique epistolary documents. You'll find Annie Oakley's proposal to support President William McKinley's Spanish-American War effort with fifty "lady sharpshooters" (the offer was declined); Albert Einstein's straightforward response to a sixth grader who asked him if scientists pray; an appeal from Mohandas Gandhi to Adolph Hitler in 1939, asking him to prevent a war; and more than 100 other amazing missives. Riveting! (CH)