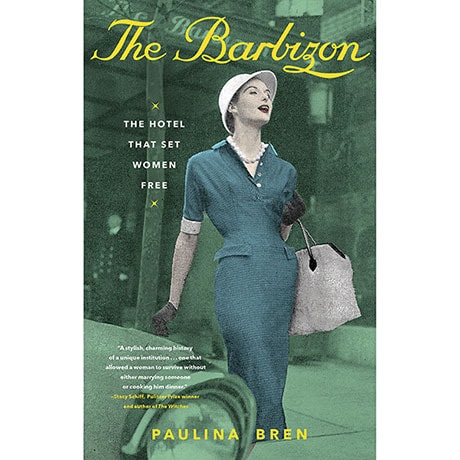 The Barbizon: The Hotel That Set Women Free

Member’s Price: $22.95
& Free Shipping learn more learn more
Share Me:
This incredibly well-researched history of a hotel and the fascinating inhabitants of its small rooms is also a story about how the roles of women have changed throughout the twentieth century…and how the Barbizon— built in 1927 as a safe haven for the "modern woman" working in New York— was there to see it all. Among the well-known residents were Titanic survivor Molly Brown, writers Sylvia Plath and Joan Didion, actresses Grace Kelly and Liza Minnelli, and so many others. The stories are captivating, and the scope of Bren's narrative will blow you away. (SB)