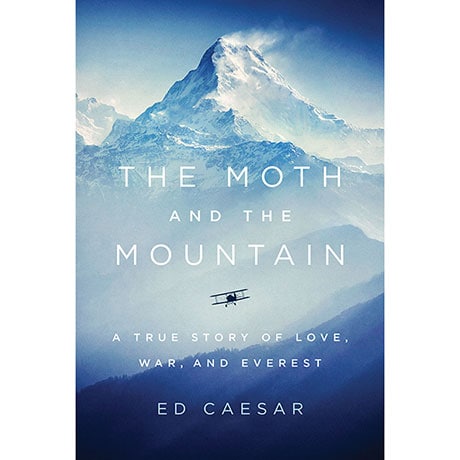 The Moth and the Mountain

Member’s Price: $23.80
& Free Shipping learn more learn more
Share Me:
In 1933, wounded from the Great War and fleeing a trail of failed relationships, Maurice Wilson made a brash decision: He would be the first man to summit the highest peak in the world. Despite the fact that he had no hiking experience or diplomatic support, Wilson bought a Gipsy Moth biplane, learned to fly, and headed east from London, planning to crash-land on the lower slopes of Mount Everest. Full of harrowing twists and madcap turns, this exhilarating and sensitive true tale chronicles Wilson's eleven-month adventure of amateur pluck, lovesick courage, and sobering hardship. It's a thrilling and beautiful portrait of a complicated eccentric. (AG)