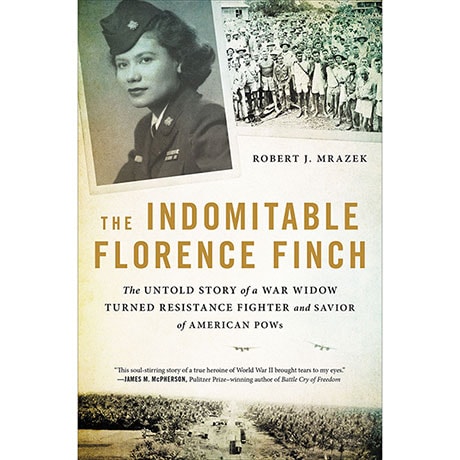 Members get Free Shipping  learn more learn more
Share Me:
In 1942, Filipino-American Florence Smith was working as a secretary at the US Office of Army Intelligence in Manila when Japanese forces invaded the Philippines. Soon after, Florence hatched an ingenious plan to steal fuel from the occupiers to fund resistance efforts and to smuggle desperately needed supplies to American POWs. Arrested and tortured by the Japanese, Florence narrowly survived—and was awarded the Medal of Freedom by President Truman for "her inspiring bravery, resourcefulness, and devotion to the cause of freedom." Hers is an astonishing tale of courage and resilience in war…and of healing and newfound joy in peace. (KG)