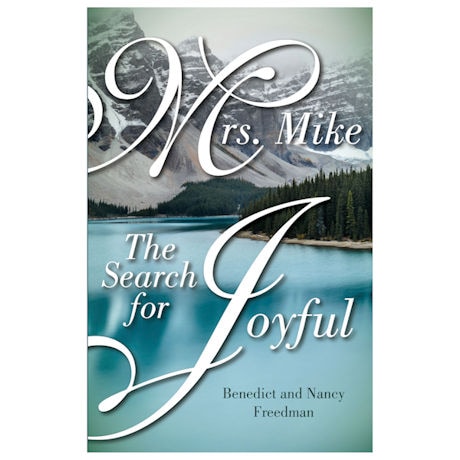 Mrs. Mike and The Search for Joyful

Benedict and Nancy Freedman
# UM8752 Paperback, 640 pages; 2017 (1947)
Mrs. Mike begins in 1907, when sixteen-year-old Katherine O'Fallon embarks on the long, arduous train ride from Boston, her home, to Calgary, Alberta. She's being sent to live with her uncle in hopes that the cold, dry air will cure her pleurisy. Once arrived, she meets a tall, handsome Mountie named Mike Flannigan, marries him, and becomes "Mrs. Mike." Sgt. Flannigan's postings take our little city girl to the Canadian wilds. She has difficulty adapting to the demands of her dramatic new life, but eventually her determination and her love for her husband help her survive and flourish. Much read and beloved when it was first published seven decades ago, this novel (which we have republished in a single volume along with its powerful sequel, The Search for Joyful) is an exciting saga, tempered with the harsh realities of early-twentieth-century life in the Canadian wilderness.
(EE)