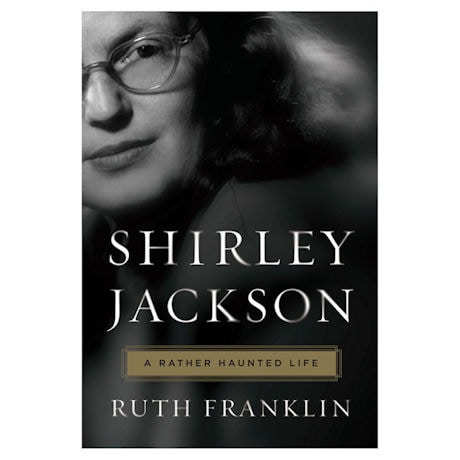 Shirley Jackson: A Rather Haunted Life

Ruth Franklin
# UM1772 Hardcover, 607 pages; 2016
Four months after "The Lottery" was published, Jackson arrived at the hospital to give birth to her third child. As she would tell it, the clerk who admitted her asked her to state her occupation. "Writer," she answered. "Housewife," the clerk suggested. "Writer," Jackson repeated. "I'll just put down housewife," the clerk told her.

In June 1948, The New Yorker published a "bombshell" short story about a small-town lottery with a brutal twist, shocking American readers and catapulting author Shirley Jackson to literary prominence. Today Jackson is considered a modern master, her canon encompassing such "domestic horror" masterpieces as The Haunting of Hill House and We Have Always Lived in the Castle, as well as the sly fictionalized family memoir Life Among the Savages. In this sprawling biography, Ruth Franklin delves deep into Jackson's life - her childhood in California and rocky New England adolescence, her complex marriage to literary critic Stanley Edgar Hyman, her struggle to reconcile motherhood and career, her sometimes crippling battle with fame. And just as Jackson's work deftly probed the darker recesses of the human psyche - most notably that of women isolated by societal constraints and demands - Franklin's absorbing exploration of the gifted writer is a deeply satisfying portrait of a modern literary luminary.