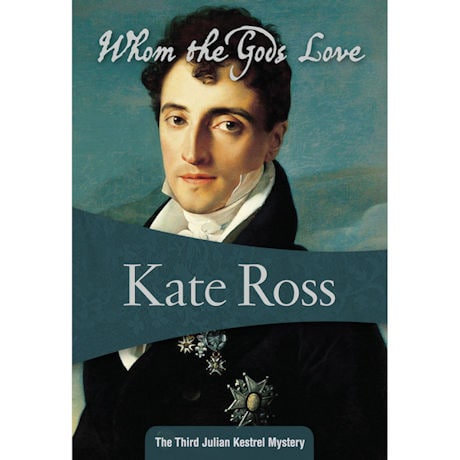 Whom the Gods Love

Kate Ross
# UL9582 Paperback, 391 pages; 2012 (1995)
Everyone loves beautiful, charming, and successful Alexander Falkland, so who could possibly want to bash in his head with a fireplace poker? Frustrated by the coppers' ineptitude, Falkland's father turns to Julian Kestrel, the very model of a Regency-era dandy...and not a half-bad amateur sleuth. Kestrel's aristocratic background comes in very handy when he's required to interview young Falkland's fancy friends and well-born colleagues. It doesn't, however, help him sort out the suspects, who seem to multiply like rabbits. Increasingly, Kestrel begins to believe that the question is not who wanted to kill Alexander Falkland, but rather, who didn't? A sparkling historical mystery set among the fashionable set of Victorian London, Whom the Gods Love will captivate and charm even those who don't think of themselves as mystery fans! (MT)
This title is part of our 2017 Bluestocking Book a Month package.