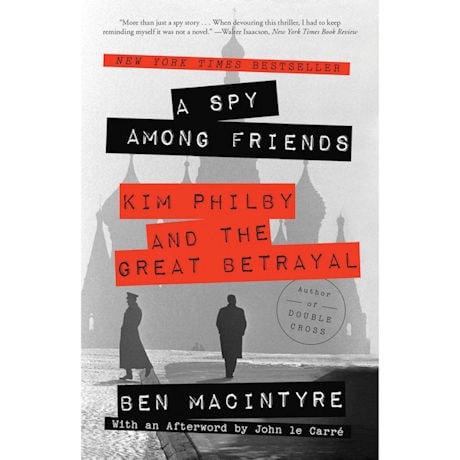 A Spy Among Friends

Ben Macintyre
# UL9392 Paperback, 366 pages; 2014
When Nicholas Elliott met Harold "Kim" Philby in 1940, the pair became fast friends. Both were Cambridge grads, both were bachelors in London...oh, and both were newly minted members of MI6, Britain's secret intelligence service. Theirs was an exclusive world in which survival hinged on friendship: The only people an MI6 agent could trust were his fellow spies. But as the aftermath of World War II hardened into the murky, covert Cold War, Elliott never suspected that his charming, gregarious best friend was actually a double agent for the Soviets, smuggling secrets to Moscow...and dooming countless people to their deaths. Rich in historical detail and tales of derring-do, this masterful true story steers readers deftly through a minefield of treachery and murder worthy of a John le Carré novel! (KG)