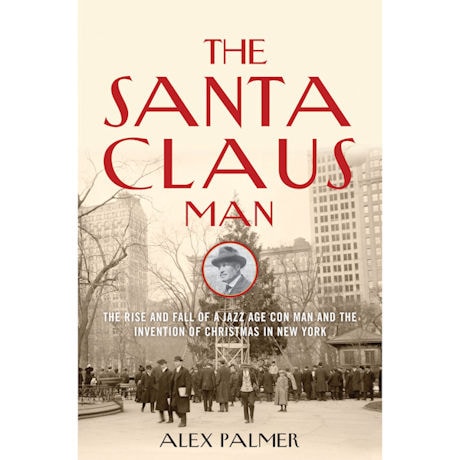 The Santa Claus Man: The Rise and Fall of a Jazz Age Con Man and the Invention of Christmas in New York

Alex Palmer
# UL9322 Hardcover, 306 pages; 2016
At such a thrilling time in New York City, it did not seem ridiculous to trust the Santa Claus Man, but rather, ridiculous to doubt him.

When John Gluck heard in 1913 that the letters written to Santa from the (often poor) children of New York City were being summarily destroyed by the post office and needed a champion to save them, he decided, in 1913, to leave his lackluster life as an import/export businessman behind to become "the Santa Claus Man." This warmhearted memoir, written by Gluck's great-grandnephew, tells the wild true tale of a charming hustler who got (criminally) carried away in his pursuits to publicize and raise funds for his charity organization. Wonderful stories about the evolution of Christmas into the extravagant holiday it has ultimately become round out this jolly caper of a biography. Hold on to your wallets! (CH)