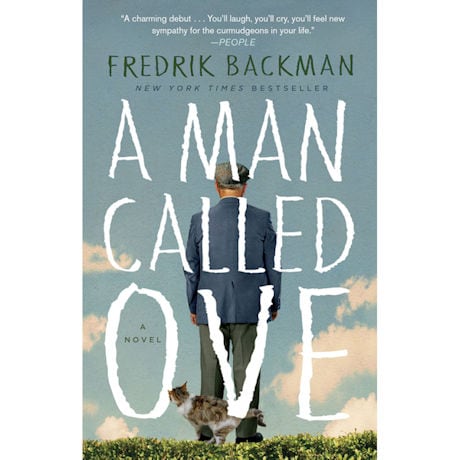 Fredrik Backman and translated by Henning Koch
# UL8902 Paperback, 337 pages; 2015 (2014)
Ove may be a curmudgeon, but he is a curmudgeon of habit: He wakes up at 5:45 every morning, drinks exactly one cup of coffee (black), then walks out to inspect his neighborhood for parking violations. On the day Ove plans to end his life, he sees no reason to change this routine; after all, it's been his one comfort since his beloved wife died and he lost his job. But when a young family moves in next door, demolishing his mailbox in the process, Ove must postpone his suicide in order to give them a piece of his mind. He reschedules...only to have that "last day" interrupted by yet another incompetent neighbor. And so it goes: Ove's death is repeatedly thwarted by those in need of someone to show them exactly how things should be done. What stubborn Ove can't - or won't - admit to himself is that every person who disrupts his rigidly ordered life makes him feel less alone...and more inclined to stick around a while longer. A smash bestseller in its native Sweden, A Man Called Ove is as funny as it is elegantly poignant, the heartwarming portrait of a lonely man finding friendship and love just in the nick of time. (KG)

This title is part of our 2017 Bluestocking Book a Month package.