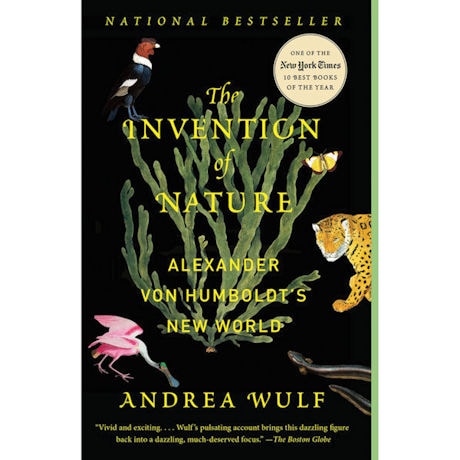 The Invention of Nature

Andrea Wulf
# UL8732 Paperback, 552 pages; 2016 (2015)
Edgar Allan Poe dedicated his last major work to him, Thomas Jefferson named him "one of the ornaments of the age," John Muir wanted to be him, and Charles Darwin claimed that he "would not have boarded the Beagle, nor conceived of the Origin of Species" without him...yet, today, Alexander von Humboldt has been nearly forgotten. Historian Andrea Wulf shines a well-deserved spotlight on the intrepid explorer/scientist/visionary in her magnificent exploration of his impressive life and profound (if hitherto unappreciated) legacy. What a thrill to "accompany" Humboldt on his daring adventures - witnessing his scientific discoveries, appreciating his revolutionary view of the environment, and admiring his poetic soul. (CH)