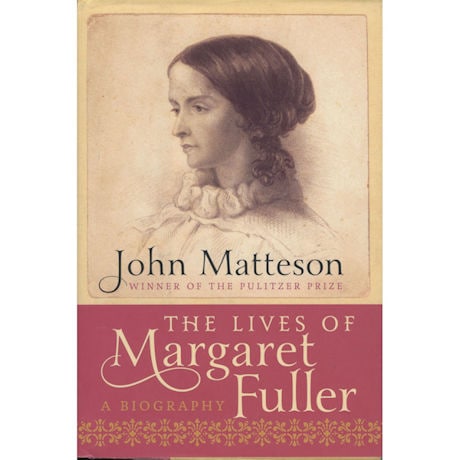 The Lives of Margaret Fuller

John Matteson
# UL2742 Hardcover, 510 pages; 2012
Journalist, teacher, women's-rights advocate, author, speaker, critic - Margaret Fuller led a life replete with trials and triumphs, joys and heartbreak, and she constantly struggled to overcome the social constraints of her time. A brilliant, well-educated woman in the nineteenth century and one of the leading woman in the transcendentalist movement, Fuller wrote alongside Henry David Thoreau and Ralph Waldo Emerson; was the first full-time female staff member of the New York Tribune, and published Woman in the Nineteenth Century, a book widely considered the first major work of feminism in the United States. Follow Pulitzer Prize-winning biographer John Matteson through the stormy waters of Fuller's inspiring journey, from her birth and upbringing in Massachusetts to her time in Italy during the Roman revolution and, ultimately, her tragic death. (SM)