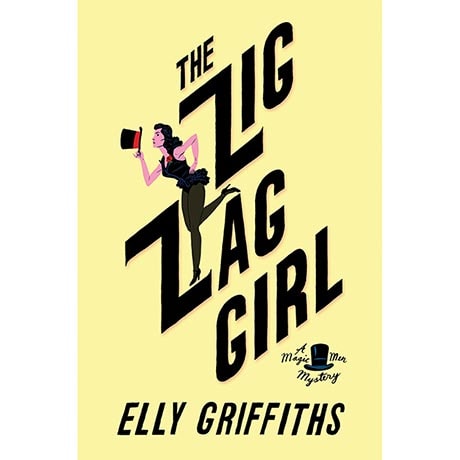 Elly Griffiths
# UK5572 Hardcover, 328 pages; 2015
When Detective Inspector Edgar Stephens is called to investigate a gruesome murder - a woman's body cut into three pieces - and the discovery brings back unexpected memories. Five years earlier, Stephens was serving in World War II as part of a special-operations unit called "the Magic Men," tasked with using stage tricks to befuddle their enemies. Before the war, his brother-in-arms Max Mephisto was renowned for creating the Zig Zag Girl, a magic trick in which he appeared to saw a woman into three parts. Now it seems someone is using the magicians' own tricks to actually kill. But why? As Stephens and Mephisto join forces again, this time to catch a murderer, they are plunged into a shadowy world where the past is not dead and nothing is as it seems. A chilling and original murder mystery, The Zig Zag Girl will have you under its spell from the opening paragraph! (KG)