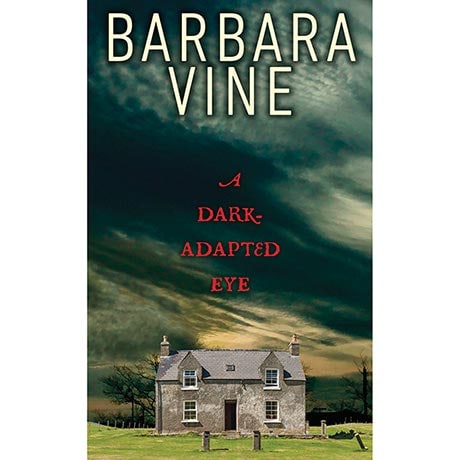 Barbara Vine
# UK4012 Paperback, 278 pages; 2015 (1986)
All other deaths can be predicted, conjectured, even anticipated with some certainty, but not to the hour, the minute, with no room for hope. Vera would die at eight o'clock and that was that.

From the first page of this powerfully atmospheric psychological mystery, the reader knows that Vera has been hanged for her crime. It's the nature of that crime (which you soon find out is the murder of her sister) and Vera's complex motivations that are tantalizingly revealed through this exquisitely paced narrative. Approached by a journalist for background on her aunt Vera, Faith Severn looks back at the unspeakable tragedy that tore apart her family thirty years ago. Revisiting the holidays spent with her aunts (the snobbish and imperious Vera and the young and glamorous Eden) in World War II-era rural England, Faith begins to apprehend the illicit passions and seething tensions beneath the social niceties. Winner of the 1987 Edgar Award for best mystery, this first novel from Barbara Vine (alter ego of the mystery maven Ruth Rendell) is a true masterpiece, as perceptively poignant as it is deeply chilling. Buy several copies of this Bas Bleu-exclusive edition; it's so good, you'll want to share it! (AG)

This title is part of our 2016 Bluestocking Book a Month package.