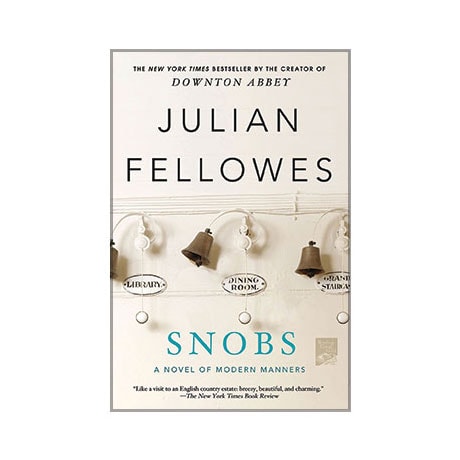 Snobs: A Novel of Modern Manners

Julian Fellowes
# UQ6672 Paperback, 265 pages; 2005 (2004)
Set in 1990s England, Snobs introduces readers to Edith Lavery, a pretty, middle-class blonde who sets out to marry money and successfully lands herself an earl. But just a year into their marriage, Edith finds herself rather bored playing "lady of the manor." When a television crew descends upon her husband's ancestral estate to film a miniseries, Edith finds something to pique her interest: the handsome leading man. Scandal, of course, ensues in this novel about modern England's persistent obsession with class. (KG)