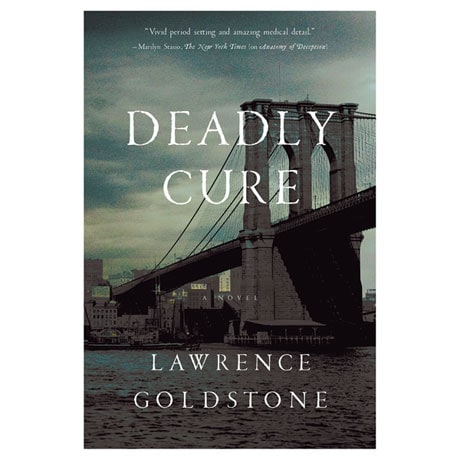 Lawrence Goldstone
# UQ5732 Paperback, 336 pages; 2019 (2017)
In 1899, Brooklyn physician Noah Whitestone is shocked when he's called in to treat a five-year-old boy suffering from morphia withdrawal. When the boy dies a few hours later, Whitestone finds his career and reputation on the line. To clear his name, he's plunged into a potentially deadly conspiracy revolving around a promising new cure-all drug called "Heroin." With the help of a dogged reporter, a dedicated pathologist, and a brilliant, beautiful socialist, Whitestone will risk everything to uncover the truth in this engaging medical mystery. (KG)