The Woman Who Smashed Codes: A True Story of Love, Spies, and the Unlikely Heroine Who Outwitted America's Enemies 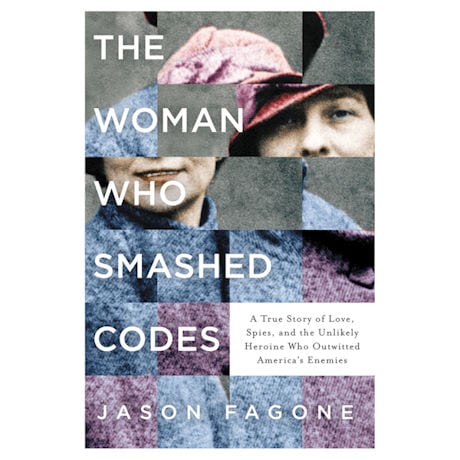 The Woman Who Smashed Codes: A True Story of Love, Spies, and the Unlikely Heroine Who Outwitted America's Enemies

In 1944, J. Edgar Hoover lauded his FBI for smashing an expansive Nazi spy ring in South America. In truth, kudos belonged to Elizebeth Smith Friedman, a fifty-something mother of two whose small team of Treasury Department cryptanalysts was responsible for cracking open the Third Reich's espionage network. A midwestern farm girl who studied literature in college, Elizebeth met her geneticist husband, William, while working at a research facility run by an eccentric millionaire. There, she was tasked with deciphering messages (allegedly) hidden in Shakespeare's First Folio. But when the U.S. military sought help decrypting transmissions from enemy governments during World War I, the Friedmans gave it a go…and became pioneers in a burgeoning field few knew existed. History remembers William well: His cryptography work sowed the seeds of the National Security Agency. But it was Elizebeth who introduced him to codebreaking, unmasked Prohibition's most sophisticated smugglers, and trained and led the elite team that exposed Nazi and Japanese spies and solved an Enigma machine code—all of which contributed to the establishment of America's modern intelligence community. What an extraordinary woman! (KG)