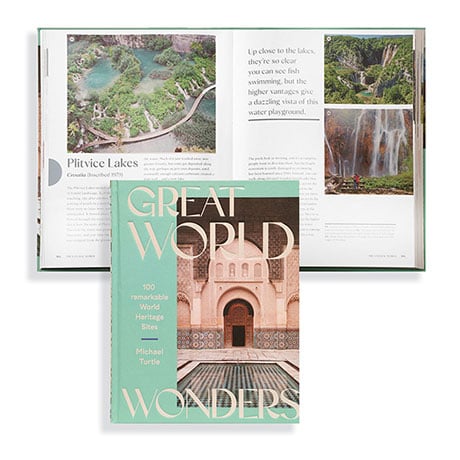 Great World Wonders introduces readers to 100 marvelous World Heritage sites and the people who built them. Mughal Emperor Shah Jahan built the Taj Mahal to immortalize his wife Mumtaz Mahal, who died during childbirth; seeking shelter from barbarian invasion during the fall of the Roman Empire, inland refugees built Venice to erect a town above water; now home to the Mona Lisa, the Louvre was built as a fortress to protect Paris. While touring this book, you will explore spectacular, well-known wonders, along with lesser-known (but no less fascinating!) locales. Great World Wonders is remarkable, showcasing jaw-dropping images and a sensational history of our world. (HC)