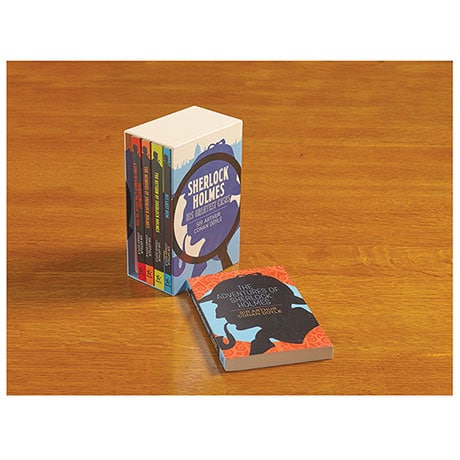 In 1887, Scottish physician Arthur Conan Doyle published a short novel in Beeton's Christmas Annual…and fiction's most famous detective was born! Two of Doyle's four classic Sherlock Holmes novels, A Study in Scarlet and The Sign of the Four, are included in this boxed set, along with four additional paperback volumes—The Adventures of Sherlock Holmes, The Memoirs of Sherlock Holmes, The Return of Sherlock Holmes, and His Last Bow—containing nearly four dozen short stories. Gift the entire set to the lifelong mysteryloving reader you know, or introduce teens to the "original version" of the brilliant sleuth who has inspired crime writers and reigned in popular culture for more than a century. (KG)