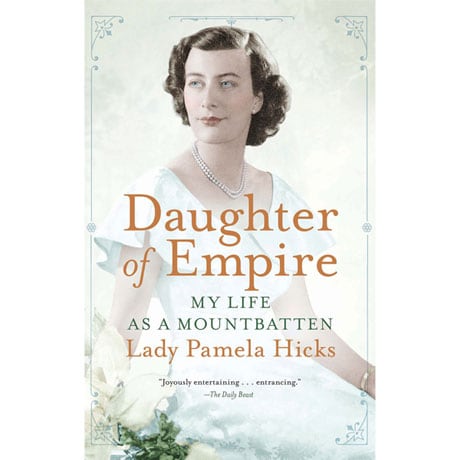 Daughter of Empire: My Life as a Mountbatten

Members get Free Shipping  learn more learn more
Share Me:
Lady Pamela Mountbatten Hicks was born to extraordinary privilege: The great-great-granddaughter of Queen Victoria, she's cousin to Prince Philip and Queen Elizabeth, and her parents, Louis and Edwina Mountbatten, were the last viceroy and vicereine of India. Yet Hicks's memoir of her childhood, adolescence, and early adulthood—she lived in England, the United States, Malta, and India, with tours throughout the commonwealth as lady-in-waiting to the queen—is written with such cheerful warmth and sincerity that you'll forget her dinner companions are royals, prime ministers, and famous socialites! (KG)