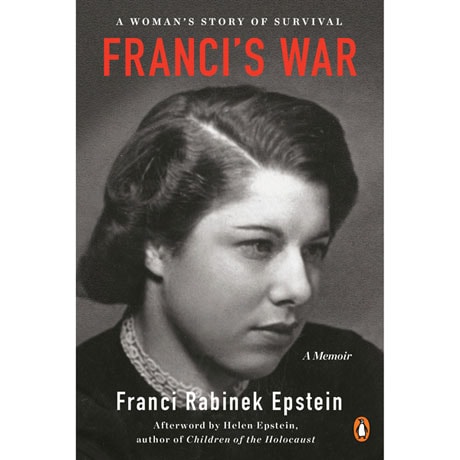 Members get Free Shipping  learn more learn more
Share Me:
Franci Rabinek was nineteen in Prague when the Germans occupied the city. Her family watched in horror as their rights slowly eroded away until Franci was went to the concentration camp Terezín in northern Czechoslovakia. Surviving only through her determination, wit, and luck, Franci passed three terrible years in camps until British liberation in 1945. Told with honesty, empathy, and even a bit of humor, Franci's War is a stirring memoir of the strength and perseverance of one young woman. (SM)