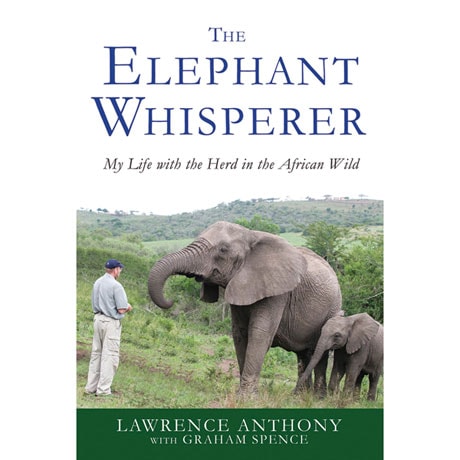 The Elephant Whisperer: My Life with the Herd in the African Wild

Make no mistake, the title of this book is not about me for I make no claim to any special abilities. It is about the elephants—it was they who whispered to me and taught me how to listen.—From the prologue to The Elephant Whisperer

In 1999, when Lawrence Anthony was asked to accept a herd of wild elephants on his game reserve in Zululand, South Africa, he was a bit reluctant. But as a dedicated conservationist, he could not refuse to be the animals' last chance at survival. This thrilling, heartbreaking, and awe-inspiring adventure of a memoir chronicles Anthony's journey to protect and earn the trust—and eventually become part of—this family of huge yet gentle creatures. The sequel, An Elephant in My Kitchen, picks up after Anthony's death, when his wife, Françoise, faces the daunting task of running the reserve without him. Struggling to assert her authority to humans and beasts alike, she eventually fulfills her dream of building a wildlife rescue center, caring for countless animals along the way, and learning a lot about "love, courage and survival" in the process. Nature lovers, adventure seekers, and anyone with a tender spot for animals will devour these two amazing and inspiring memoirs! (AG)