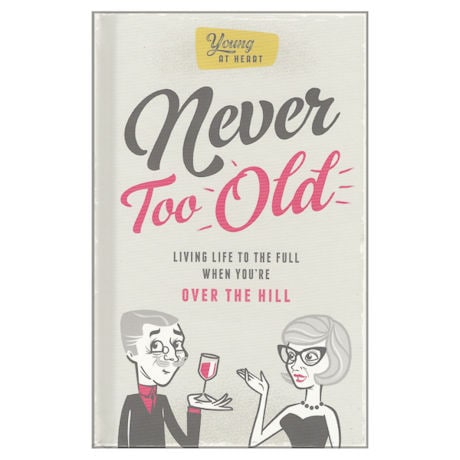 You don't cross a frontier to old age—you just simply go on being you.
—Joan Bakewell

In 2009, 90-year-old John Lowe became Britain's oldest ballet dancer (he began lessons at the age of 79). In 2011, Pat Moorehead performed eighty skydives on his eightieth birthday. In 2016, Ida Keeling ran a 100-meter sprint followed by several push-ups at the fnish line…just weeks before she turned 101. Filled with quotations, jokes, and fascinating anecdotes about people "of a certain age" doing amazing things, Never Too Old is a celebration of living well in your eighties, nineties, even beyond the century mark!