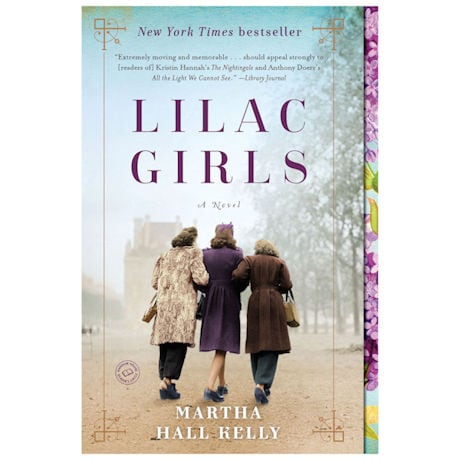 Unlike her wealthy friends, Caroline Ferriday enjoys working, happy to spend her days volunteering at the French consulate in New York. But when Hitler invades Poland, Caroline's "hobby" becomes an all-consuming obsession as she works feverishly to save terrified French citizens desperate to escape the Germans. Thousands of miles away in Poland, teenager Kasia Kuzmerick joins the Polish resistance…but her actions soon land her in a cattle car headed for northern Germany. There, her life will be in the hands of Herta Oberheuser, the only female physician at Ravensbrück, the notorious women's concentration camp. Narrated in alternating chapters by Caroline, Kasia, and Herta, this riveting, sometimes brutal historical novel - incredibly based upon a true story - is the breathtaking, heartbreaking tale of three women who lived worlds apart in peacetime…yet became inextricably bound together in wartime. You won't soon forget Lilac Girls. Read more about this book on our blog, The Bluestocking Salon!. (KG)