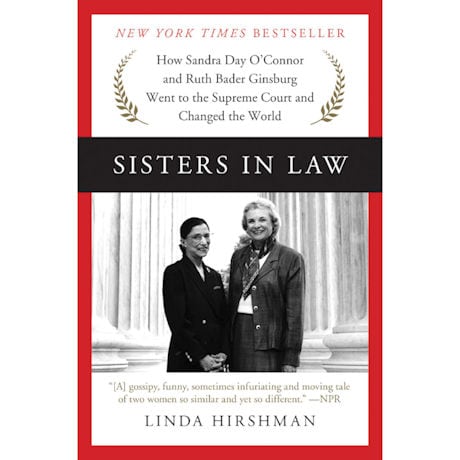 Linda Hirshman
# UL9352 Paperback, 390 pages; 2016 (2015)
Forty-plus years before the announcement of the decision in the VMI case, Justice O'Connor, then a new law school graduate, had been offered a position as a legal secretary. When Justice Ginsburg arrived at Harvard in 1956, the Law School's dean asked all nine women students in her class to explain how they justified taking up a place that would otherwise have gone to a man.

On paper, U.S. Supreme Court Justices Sandra Day O'Connor and Ruth Bader Ginsburg have little in common: O'Connor grew up on a remote Arizona cattle ranch and hobnobbed with Republican party stalwarts during her legal career, while the liberal Ginsburg is a former ACLU lawyer and the Brooklyn-bred child of Russian immigrants. Yet both women are towering figures in modern American law, trailblazers who have fought to systematically dismantle gender discrimination embedded in (and, unfortunately, still not entirely eradicated from) our country's legal system and culture. Since I began reading this captivating and revelatory biography, I've recommended it to countless people as an essential reminder of how far we've come...and how far we have yet to go. (KG)