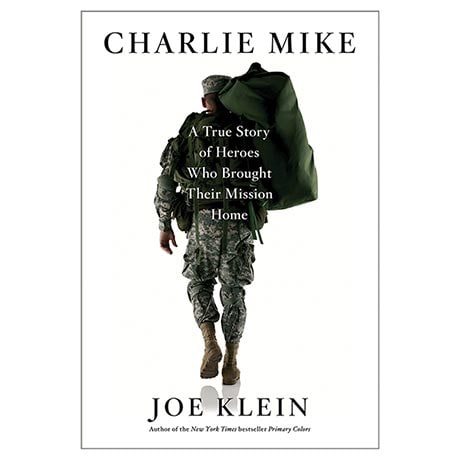 Charlie Mike: A True Story of Heroes Who Brought Their Mission Home

Joe Klein
# UL0282 Hardcover, 304 pages; 2015
Having followed Eric Greitens from his breathtaking bio, The Heart and the Fist, which came out the same week Osama Bin Laden was captured, I was eager to "follow-up stateside" as military men cycled out of wars in Iraq and Afghanistan to heal (and help others) at home. With great sensitivity and detail, Joe Klein follows Marine Jake Wood and Navy SEAL Eric Greitens into the incredible public service organizations they created after returning from the battlefield. Providing fellowships for wounded veterans, running dangerous relief projects amidst the chaos of natural disasters, exposing PTSD and other traumatic injuries resulting too often in suicide - the work these men do is astounding and crucial. Charlie Mike is a testament to all who yearn to continue using hard-won skills after deployment (or retirement) to help build community.
A Reader Review by Margaret Dent of Fredonia, New York